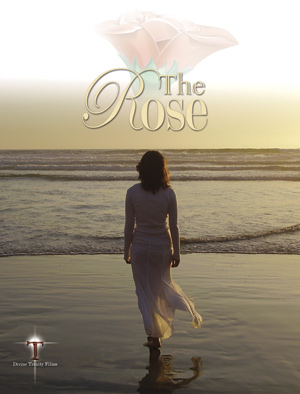 The Rose is the story of a young girl grieving over the tragic loss of a loved one. Filmed in San Diego, writer/director Bryan Caron, along with Art Director Becky Pierce and star Courtney Jones, spent one long hot summer day together to get the shots they needed. "The script itself was only four pages," says Caron. "And Courtney was outstanding. I think we got a lot of really good shots and I'm happy with everything we did."

As of August 20, 2006, Bryan finished editing the film and has submitted the film to On The Lot in hopes of getting a call from producers. On The Lot, produced by Steven Spielberg and Survivor's Mark Burnett, will be an American Idol-style show in which sixteen budding directors will compete for a $1,000,000 production deal with Spielberg's Dreamwork's Studio.

But selected or not, Caron won't stop there. Along with Caron's feature film, Trinity, The Rose will soon be making the rounds of festivals around the globe. "What I hope to accomplish with The Rose is getting my name out to the business," says Caron.

The Rose is one of Courtney Jone's first starring roles and is just the beginning of what may be a very lucrative career. 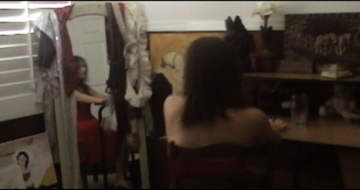 Secrets of the Desert Nymph
My Necklace, Myself
12
How To Be
Trinity
Scroll to Top