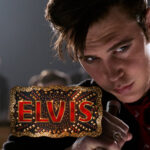 Caution: Entering Spoiler Territory! Creative Genius Bryan Caron and Professor Avatar Tom Grimes spread some hunka-hunka burnin’ love for Elvis, the new movie chronicling the rise and fall (and rise again) of the king of rock, told through the eyes of his business manager (Tom Hanks). After, we discuss the premiere episodes of the final season of Animal Kingdom, the season finale of Obi-Wan Kenobi, a new episode of The Orville, and we take a quick look at the summer slate of television premieres. So what say you? Did Austin Butler shine as the titular character in Elvis, or did the unreliable narration keep you from getting invested in this iteration of Elvis Presley’s life?