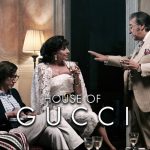 Caution: Entering Spoiler Territory! Walk down the world of fashion with Creative Genius Bryan Caron and Professor Avatar Tom Grimes as they discuss House of Gucci, the true-life story of the fall of the Gucci dynasty. Other reviews included on the runway include the Netflix original film, tick, tick.. Boom!, King Richard, which chronicles the early years of Venus and Serena Williams, the new Disney film, Encanto, and the first two episodes of Marvel’s newest Disney+ original, Hawkeye (and whether it’s a Christmas show or a show that takes place at Christmas). So what say you? Were the stellar performances enough to give House of Gucci plenty of applause, or did the film bite off more than it could chew?