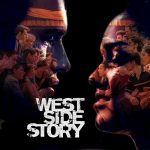 Caution: Entering Spoiler Territory! Dance into the ultimate rumble as Creative Genius Bryan Caron and (an injured) Professor Avatar Tom Grimes invite special guest April Vidal from Miss April’s Dance to discuss Steven Spielberg’s adaptation of the award-winning stage play, West Side Story. The trio talk all things Sharks vs. Jets, how the film differs from the original Oscar-winning film from 1961, and which one wins the ultimate rumble of cinematic mastery. So what say you? Which version of West Side Story did you prefer, and what changes worked and which didn’t? Also, what song is your favorite?