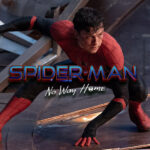 Caution: Entering Spoiler Territory! Swing into heavy spoiler territory with Creative Genius Bryan Caron and Professor Avatar Tom Grimes as they talk about Marvel’s newest entry, Spider-Man: No Way Home, Tom Holland’s third solo outing as the famous web-slinger. Not to be outdone, the boys then discuss new episodes of the MCU’s Hawkeye (Florence Pugh alert!), AppleTV+’s Invasion and Foundation, Netflix’s Lost In Space, and Big Sky, followed by some updates on new projects they’re putting together for next year. So what say you? Was Spider-Man: No Way Home amazing, or did all of the noise surrounding the multiverse cause more chaos than it was worth?