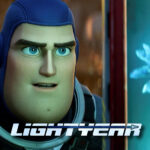 Caution: Entering Spoiler Territory! Go to infinity and beyond as Creative Genius Bryan Caron and Professor Avatar Tom Grimes give their thoughts on Pixar’s new animated movie-within-the-Toy-Story-universe, Lightyear, the movie that inspired the Buzz Lightyear doll. After, check out their thoughts on new episodes of Obi-Wan Kenobi and The Orville: New Horizons, as well as ramblings on the most recent movie/television news and the nostalgia of drive-in movies. So what say you? Was Lightyear an inspired, unique creation, or did the film deviate a little too much from Toy Story lore?