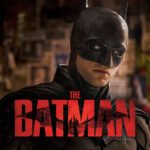 Caution: Entering Spoiler Territory! Return to a world of darkness and gloom as Creative Genius Bryan Caron and Professor Avatar Tom Grimes discuss yet another iteration of the caped crusader in The Batman. After, listen to their thoughts on new episodes of Resident Alien, Young Sheldon, and Ghosts, highlights from the news of the week, including Disney+ officially acquiring all of Netflix’s Marvel’s shows and Agents of S.H.I.E.L.D., and a look back on Steven Spielberg’s West Side Story. So what say you? Was The Batman grounded enough to differentiate itself from the pack, or did its three-hour length leave you Batman fatigued?